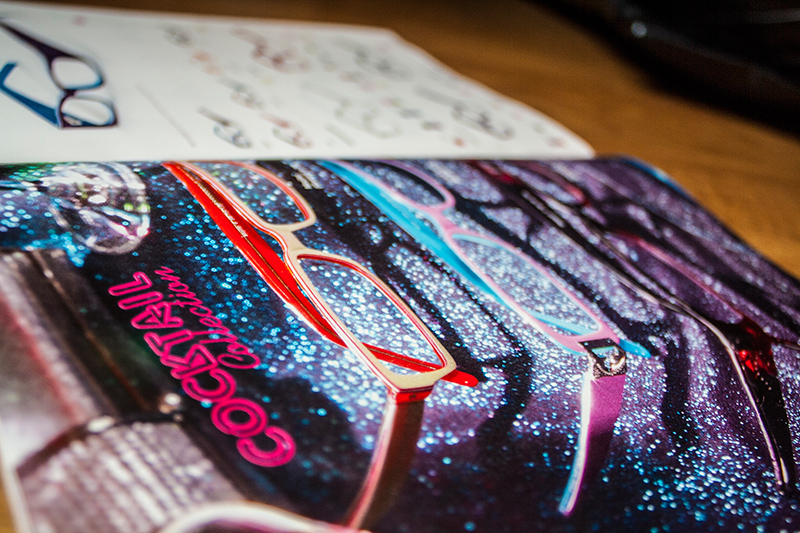 Glasses Direct, an innovative eyewear manufacturer created by Jamie Murray Wells, had a new round of investment and needed a lead designer to spearhead the rebranding of the company and translate this throughout all of their assets.

Working closely with the Marketing Director, I was involved in the research and planning of the new brand, attending focus groups and attending marketing planning sessions. The company wanted to shift from having a medical look and feel to becoming more of a fashion company. This immediately applied to their forthcoming catalogue, which traditionally had led to a surge in orders, so it was a very important piece of marketing for them.

The role involved implementing a big change to an existing tried and tested approach. The production of the mail order catalogue traditionally spiked sales, so evolving this was one of the first jobs on the list. It is distributed to 100,000 addresses, so as well as re-branding it, other factors needed to be taken into consideration like making it it economical to post, so working closely with the printer was key to the success of this project.

I began the project by creating a project timeline of key milestones, showing when the concept needed to be signed off, design time, final content received and when it needs to go to print. It then became more detailed as processes were worked out, like how I would receive images of the glasses and what work would need to be done to these images before they could be used.

Once this was done I created 3 concepts, each containing a cover design and 3 different spreads. After presenting these and iterating the designs a final concept was selected. Then I created the grid systems and master pages in Indesign for the different types of spreads which acted as a master templates so i could then get other designers to assist in laying out the content (necessary because of the times lines involved).

Creating a personality for different sets of glasses was one of the re-branding ideas that came out of the focus groups as something that would encourage people to buy glasses. Capturing this was key, so working closely with the photographer to get the right shots of the models and the glasses, was very important to get right, while creating an easy to read, clear layout for the catalogue at the same time. Having weekly review meetings with the marketing team on progress of the design to get feedback and making iterations to the design to perfect it until the team was happy with the design and at the same time representing the new brand of the company