Gemalto; a company in the cyber security industry, wanted to attract attention from visitors at Europe’s largest cyber security event; Info security. Working with the UK Marketing Director, we came up with the idea of creating a custom virtual reality experience to maximise the buzz around the event booth.

The main challenge was creating something that would be fun to play, but also relevant to the key messaging. To make this project a success, we needed to create a buzz around it in the industry and go viral.

After selecting a VR agency, we came up with a theme for the experience that was fun, engaging and had the wow factor as well as being related to the industry. I held regular update meetings with the agency to help steer the creative direction of the experience as well as the UX of the game flow, stepping in on occasion to create elements inside the experience myself.

During the development of the concepts, we decided to use a TRON look and feel which not only made the experience feel futuristic, it also helped with 3D processing, as the graphics could be quite simplistic, with no detailed textures bogging down processing speeds. This meant that it could run on a laptop, rather than a large, complicated Rig meaning we could make it go mobile and be easier to ship to different events.

The key objectives to this project were;

Part of a project like this also requires buy in internally, so while the game was being developed, i created a teaser video to help sell the idea into the Sales teams and global marketing to create some excitement around it.

I created a campaign in a box so that field marketing manager could easily take it and have a whole campaign ready to use to promote it at their events. The campaign consisted of a logo, Promotional flyers, email templates, online high score table, hashtag for social, microsite and brand guide. As well as this, we purchased 2 VR laptops and 2x Oculus rift headsets which could then be shipped out to the different regions to use it. 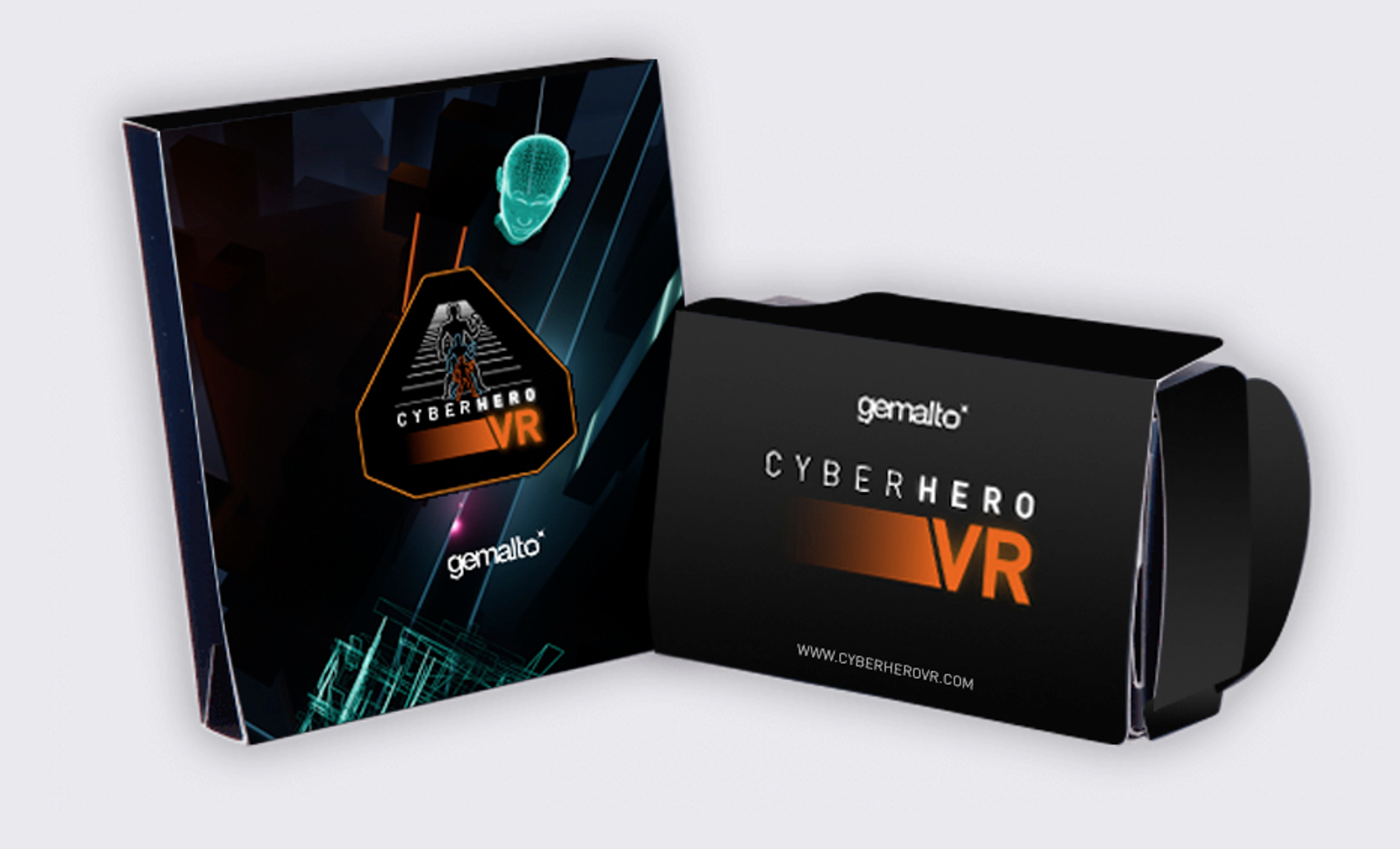 The experience was later brought to mobile so it could be downloaded from the app store and Google Play stores. A PR campaign was created, offering prizes to the top scores that were tweeted using the hashtag #GemaltoCyberHero.